Classical Guitarist Pat Coldrick is perfect for all Drinks Reception Entertainment, whether it’d be over dinner or even a concert-style recital. One guitarist with a very suitable repertoire for every single Corporate Event or Wedding Celebration, who at times sounds like Pat is performing as part of a trio. The Classical Guitar Player is simply a class act and performs to a “world-class standard”. Pat’s performance brings sophistication and style to any function and with that is an Irish performer to be extremely proud of. It’s a rarity for a Guitarist to come as talented as this and that solely lies within Pat’s genuine passion for music. Something extraordinary and perhaps a little different for your event, bringing with him the coveted WOW Factor.

Pat Coldrick hails from Howth, Co. Dublin and has been playing and studying Classical guitar since he was 12 years of age and has worked with many of the top professional acts in the Country. His session work and classical appearances have earned him a reputation of being one of the finest and most versatile guitarists in Ireland. In the past, he has achieved top marks in Feis Ceoil Awards, and as well as his touring performances, he has appeared on National Radio and T.V.

Pat continued his musical studies at the college of music in Dublin with John Feely and has also studied with world-renowned guitarists “David Russell” and “Gabriel Esterellas”. Pat has achieved acclaim for his unique sensitive and
expressive style in his playing and with a solid technique has full command of the instrument. Pat has played at many festivals throughout the country and continues to play at corporate and private functions where his music provides excellent ambiance for any occasion.

The Irish Times
His recital was as refreshing an evening’s music as I had in months, he brings
freshness and immediacy to what he plays.

Paulo Tullio
A Maestro of the Classical Guitar

The Meath Chronicle
His classical guitar recitals and session work has earned him a reputation of being
one of the finest and most versatile guitarists in this country.

Kevin & Dawn Farley, Farley Catering, Russborough, Blessington, Co. Wicklow
The music played was sensational, and created a wonderful atmosphere, which
was enjoyed by all. We would be more than happy to recommend Pat Coldrick for
future events.

Just some of the many events and locations where Pat has performed include: 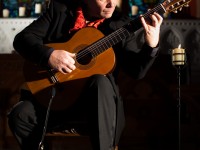 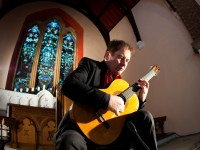 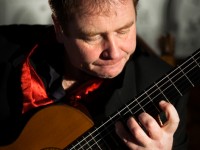 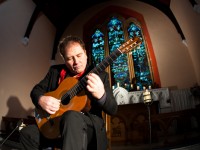 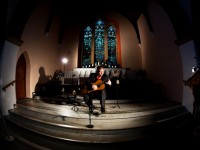