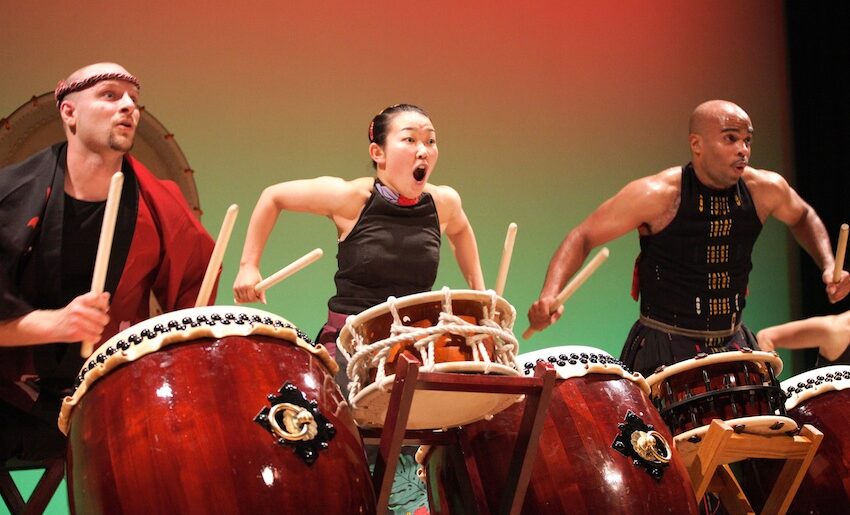 Not simply a taiko performance, “Kazakoshi” is an expression of the powerfully flowing, yet jazzy style of performance for which Tokara has become known. Wadaiko Tokara is one of the most unique to come out of Japan. The group tours internationally four to five times each year to audiences in their native Japan, as well as throughout the United States, Canada, Europe, Taiwan, and India.

What does it take to become a professional taiko performer with Wadaiko Tokara? Artistic Director Art Lee explains the type of training taken on by performers as a prerequisite to the stage. “Daily routines usually require us to run 10 kilometers, do 200 sit-ups, 200 push-ups, and other exercises before breakfast; clean the office and practice drumming for three hours before lunch. Then practice pounding on big drums with big, wooden sticks for another three hours before dinner” 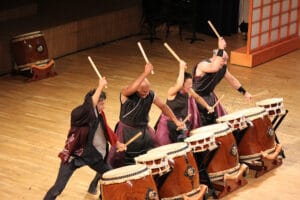