Ryan O’Shaughnessy was born in Dublin 1992 into a musical family. When he was 8 years old an opportunity arose for Ryan to play the character Mark in RTE’s Fair City, a role in which he claimed for almost a decade. He matured as the younger brother of Damien Halpin and spent his teen years on the Irish screens. By 17 musicality became a priority for the North County Dublin native, and he left the hit tv soap to begin a career in music.

While studying at BIMM Dublin as a songwriter in 2012, Ryan penned his first collection of songs. Prior to the release of these songs, Ryan appeared on the finals of both The Voice of Ireland and Britains Got Talent in the same year. In his opening audition on Britains Got Talent, Ryan performed his self-penned song ‘No Name’ which has accumulated over 45 million hits on YouTube.

Ryan O’Shaughnessy was signed to Sony RCA in the UK under Colin Barlow, while he was there he worked on his debut EP which reached No.1 in Ireland for 2 consecutive months, in this time Ryan toured the length and breadth of The UK and Ireland. 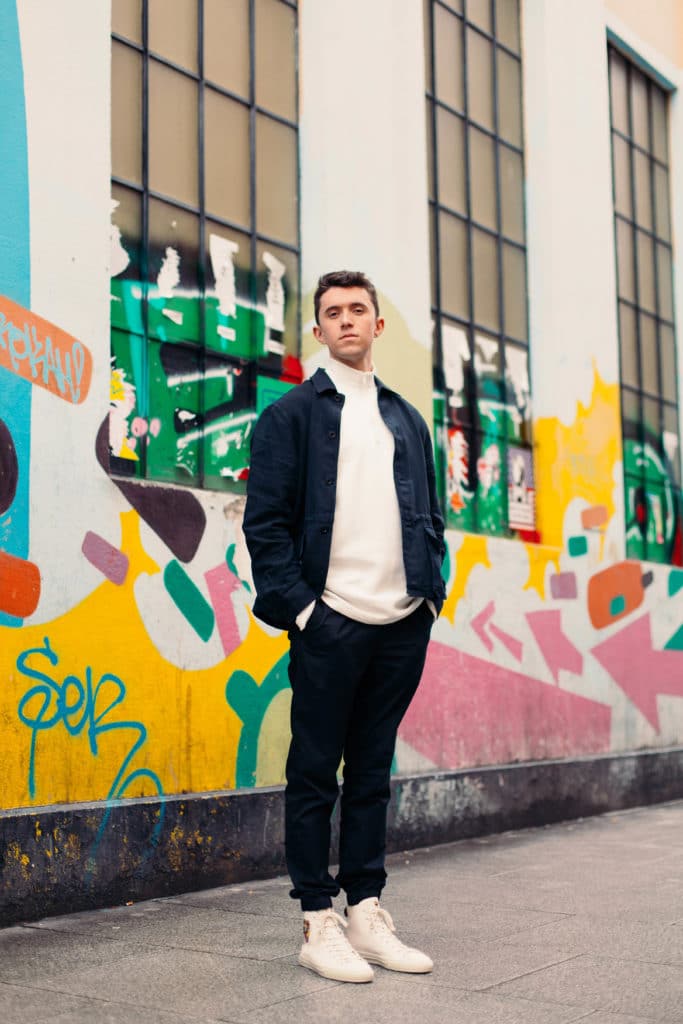 In July 2013 Ryan took part in the new Irish songwriting competition ‘The Hit’, going up against his former ‘The Voice’ coach Brian Kennedy. O’Shaughnessy chose to release “Who Do You Love?” to enter the chart battle against Kennedy and it entered the charts at No.3 in the Irish Single charts.

Being placed on the global songwriting map at a young age, Ryan has had the pleasure of traveling and writing with some of the worlds greatest, including, Julia Fordham, Joy Williams, Mark Nevin, and Kimmie Rhodes, as well as writing and working for different publishing companies and studios. In the last 3 years, O’Shaughnessy has toured the USA and Canada. IN this time we have seen him releasing music for himself and other artists through his recording label ‘Bayview Records’. His latest album Back to Square one shows maturity in his songwriting and musical taste.

In May 2018 Ryan performed for Ireland at the Eurovision which took place in Lisbon, Portugal. In making it through the semi-final Ryans track ‘Together’ went from 250/1 to 7/1 in the bookies, making it Irelands most successful Eurovision entry in over 6 years.

‘Together’ – Ryan O’Shaughnessy | The Late Late Show | RTÉ One
Ryan O'Shaughnessy - No Name - Britain's Got Talent 2012 audition - UK version
RYAN O'SHAUGHNESSY - She Won't Wait // Playedbare [Live & Acoustic]
Ryan O'Shaughnessy | Fingertips | The OB Sessions
Please contact us via info@audionetworks.ie for further information on how to book Ryan O’Shaughnessy for your elite event or alternatively head over to his page on AMA Music Agency if you are planning a festival or ticketed show.