Audionetworks are proud and delighted to represent the Leading Walkabout Violinist for hire in Europe, Lotta Virkkunen. This incredible Artist has established herself in both Finland and Ireland as one themost diverse violin players of her generation. Lotta has performed over 1000 gigs in her career so far in shows, corporate events, weddings, festivals and private functions. 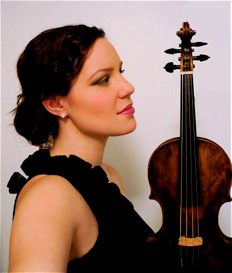 Most recently she has worked as a lead fiddler, singer and dancer in Celtic Cry show in Kilkenny, Ireland. In 2013 she starred as a musician and dancer in Celtic Angels – Magic Moments show touring all around Germany. She has performed with numerous orchestras around Finland, Scandinavia and Ireland, i.e. The Finnish Baroque Orchestra and The Irish Baroque Orchestra. Lotta has performed for example for the President of Ireland Michael D. Higgins. She is a popular session musician and enjoys playing various range of gigs like shows, classical recitals, trad gigs, rock, and club gigs with DJ’s! Besides the violin Lotta is also a talented keyboard player and singer. As acomposer she has written repertoire for a string quartet and other classical and traditional ensembles. 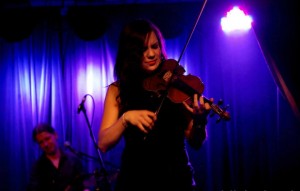 She did her MA in Music and  BA in Music in Finland, Sibelius Academy, and then moved to Ireland to study Irish traditional music at the Irish World Academy. Lotta is also known for her effortless ability to play traditional, pop, jazz and rock fluently. She is avirtuosic and versatile player, who does not just play notes, but always brings genuine feeling to her music. In her native Finland, Lotta is known as the pioneer of Irish Dancing. She is an active performer and teacher and has been involved in various Irish Dance shows as a producer, dancer and musician around Scandinavia and Ireland.

As a true entertainer, who has a lot respect for her audience her genuine joy of playing music shines through wherever she performs. To This quality, and keeping your feet on the ground even when performing for thousands of people in amazing venues, is one of the key elements that makes this walkabout Act a popular and well-thought-of Corporate Event performer. To her every performance and audience is always special, whether it’s in a small pub, a corporate event or a at a stadium. 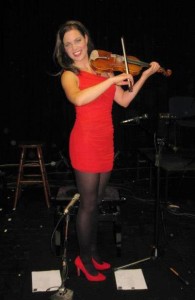